Former Seagle Festival Artists are now performing in opera houses throughout the United States and across the world including The Metropolitan Opera, New York City Opera, Houston Grand Opera, San Francisco Opera, Washington National Opera, Santa Fe Opera, Fort Worth Opera, Glimmerglass Opera and many others. Other former artists have had leading Broadway roles and many are teaching vocal arts and theatre related subjects at the college level.

Many former artists keep in touch via subscription to our online newsletter, the Seagle Chronicle. 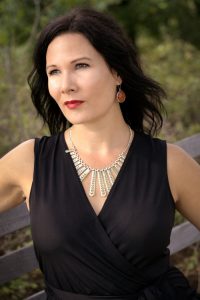 Liz Cass is a producer, educator, arts leader, and active operatic performer. Founder and the Executive Producer of the award-winning LOLA, Local Opera Local Artists, Liz also holds the title of Executive Director of the Armstrong Community Music School and serves as President on the Seagle Festival Alumni Association Board, Secretary of the Board of Austin Classical Guitar, and is on the Community Advisory Board of KMFA 89.5 Classical Austin.

Reflecting on her time at Seagle Liz says: “It’s impossible to talk about music without talking about transformation. Music will always deliver in lighting up a path of change and growth. My path is one that has been and continues to be lit by music, by people through music, and by musical institutions. My summer at Seagle in 1999 at the age of 24 was a pivotal moment for me in gaining the confidence to bring forward within myself what I knew was there, but had eluded me. I came in that summer pretty green, and left with the ability to sing Rossini with polish, communicate as an actor confidently, and with the skills I needed to return to my conservatory and land a leading role in an opera that fall. I know firsthand the transformative power of music to heal, to connect, to inspire, and to empower. I’m so proud and grateful to be able to be of service to the Seagle Festival as the President of the Alumni Association Board these past 5 years. When you have music, you have community and both are essential to our human lives.”

Liz has served as a faculty member at the Armstrong Community Music School since moving to Austin, TX in 2004. She served as the Program Coordinator for 9 years and has held the title of Executive Director since 2017. “ACMS”’ is a nonprofit organization offering lifelong access to the musical arts for all ages and skill levels through instruction and performance. The school aims to eliminate barriers to musical study for all in the community. The school is open 7 days a week serving the community through music lessons and classes for babies to adults and through 17 free and low-cost programs including a chorus for adults with developmental challenges, early childhood music classes for families at SAFE, a domestic violence shelter and homeless children’s shelter, a Veteran’s Guitar Project vets and a Women Veterans Guitar Project. Ms. Cass has joyfully maintained her voice studio at ACMS for 18+ years.

LOLA – Local Opera Local Artists is an independent nonprofit professional opera company based in Austin, TX and founded by Liz and Rebecca Herman in 2014. LOLA’s debut performance was an entirely female cast of the opera La Bohème, titled La Femme Bohème. The opera premiered to sold out houses in a bar and former sound stage in downtown Austin. Since then, LOLA has produced seven operas including the recent world premiere of LOLA’s first commission, Lardo Weeping by Peter Stopschinski and Terry Galloway. When Covid began, LOLA produced a video series called “LOLA Shorts” featuring artists in our community. LOLA served the community for 4 seasons with the popular concert in a brewery series, “LOLA at 4th Tap”, and just recently wrapped a free and open to the public concert series with Waterloo Park in downtown Austin, TX. They are planning more performances for the spring of 2023. LOLA is committed to cultivating the future of opera by offering new approaches to this art form and classical singing. Our mission includes integrity to our approach to opera, to the Austin community, and to each other. LOLA aims to give artists unique and interesting outlets for their work, pull in diverse audiences, and propel opera out of the grand hall, flowing into the larger community.

Liz recently debuted the role of Dinah LeFarge in the world premiere of LOLA’s commissioned opera, Lardo Weeping, by Peter Stopschinski and Terry Galloway. Lardo Weeping’s 7-performance premiere played to sold out houses and is currently nominated for 12 B. Iden Payne Awards including Outstanding Lead Performance by Liz.  She is the originator of the mezzo role in the opera, Pancho Villa; From a Safe Distance by Graham Reynolds and Lagartijas Tiradas al Sol for which she garnered an Austin Critic’s Table Award for Best Singer. Other recent performance highlights: concert of French art song with Austin Chamber Music Center, the world premiere of Donald Grantham’s song cycle “Love Songs Sweet and Sour” with pianist Carla McElhaney, Mrs. Lowe and Dora in The Manchurian Candidate by Kevin Puts with Austin Opera, The Brahms Alto Rhapsody with Chorus Austin, mezzo soloist in Handel’s Messiah at the Teatro Nationale and Casa Santo Domingo in Guatemala and Pancho Villa; From a Safe Distance with PuSh Festival in Vancouver and the Prototype Festival in NYC. Upcoming, Liz will be performing Carmen in scenes with Southwestern University. Also on the horizon, Liz is presenting a concert of French art song for Songs in the Skyspace, a program by UT’s Landmarks Art in Public Places initiative. Skyspace, the Color Inside is a permanent instillation by James Turrell on the campus of the University of Texas at Austin.

Liz began her vocal studies with Dr. Rebecca Folsom when she was in high school then went on to study with Jeanne Tommelleri and then with renowned voice teacher Inci Bashar with whom Liz continues to study when she has time for lessons. Liz attended Aspen Music Festival in 1997, Seagle Festival in 1999, Opera in the Ozarks in 2000, and Central City Opera in 2001 and 2002. Ms. Cass was a member of the young artist studio of Shreveport Opera (2001/2002) and of Fort Worth Opera (2002/2003).

Here are some other former Seagle Festival aritsts to watch for: