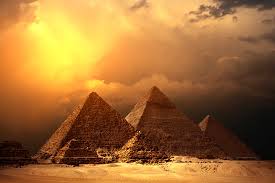 This summer, Seagle Music Colony is presenting its first-ever Baroque opera, Handel’s Giulio Cesare in Egitto (Julius Caesar in Egypt). More commonly known simply as Giulio Cesare (Julius Caesar), this Italian opera seria was composed when Handel was living in England. The opera was incredibly well received at its London premiere in 1724 and saw three revivals in England as well as productions in France and Germany during Handel’s lifetime alone. Fun fact: the music was so popular that after its premiere, Handel had the vocal score printed in pocket-size form for enthusiastic opera goers to purchase – a brilliant composer and a smart businessman to boot!

Things have, shall we say, changed a bit since Handel’s time. While Baroque opera isn’t mounted with as much frequency as say, Puccini, Giulio Cesare is still performed often in the US. Baroque opera sometimes feels like a hard sell – some listeners might argue that the stories are ancient and irrelevant, the music is repetitive, or the Italian language is hard to understand. Well folks – we’re here to tell you this simply isn’t true.

For this month’s blog, we asked the director and some of the artists to share with us why they find Giulio Cesare so compelling – from the varied music, to the plot with twists any reality show would envy, to the characters’ struggles with personal issues to which more than a few audience members will probably relate. We also asked the singers to discuss the challenges of preparing such complex characters within the strict confines of Baroque music. Read on to see what they had to say.

Getting to know Cleopatra and the work as a whole has been a series of discoveries on the relevancy of the Baroque opera today, especially as a woman. Cleopatra is truly a modern woman, not at all stereotypical of other leading ladies of Baroque operas. She is fierce, persistent, passionate, regal, and strong. Handel’s opera truly portrays her as Caesar’s equal, a rarity in Baroque opera. I (and many other women) can learn a lot from her and it is an honor to have this opportunity to portray such an icon. Francesca Mehrotra, soprano (Cleopatra)

I have a huge interest in history and have absolutely loved getting to know and study the characters in this show. Giulio Cesare tells a timeless story that is very accessible for today’s audiences. The fact that the characters in this opera were actual living, breathing people is incredibly exciting. In my studying and preparation for the role of Julius Caesar specifically, I have been able to utilize countless books and journals written about the famed Roman leader to provide better insight into what Caesar was like as a person. These types of historical resources, things that you do not necessarily have at your disposal when portraying fictitious characters in opera, help paint clearer pictures of the characters we will be portraying. Although the story and characters in Giulio Cesare are centuries old, the feelings, motivations, and personalities depicted are indelibly human. I hope that audiences will enjoy getting to know the larger than life figures in this show as much as I have. David Catalano, baritone (Cesare)

Handel is always an exciting challenge to learn, but I find especially because of the amount of recitative. All the action happens in the recit, so trying to find the most natural timing that fits each scene can be a long but rewarding process. You want to find the flow that would happen in a spoken conversation. Recit is basically conversation that happens on pitch, so I always speak my recits to find where the stress is and how I color the sentences with my speaking tone, then transfer that into singing. During the da capo arias, there is a wonderful opportunity for creative freedom found in ornamenting the returns to the A sections. There, the singer can really expand on what the character is feeling at that moment in time in the aria. If what they’re saying is that important that they feel the need to repeat it twice, those ornamentations really show off their personality. No matter what century an opera is set in, its historical context, or the country, anyone can relate to a character and their struggle or success, their happiness or sadness, their triumphs and defeats. For example, Sesto feels he isn’t a true son if he does not avenge his father’s death. He not only does that for his honor, but for his mother’s honor and that of their family. Anyone today can understand what it’s like to want to be honorable for the sake of your family name or to do right by and for your parents. People can also understand the responsibility and stress that can put on someone young. I always ask myself: “If this happened to me, how would I respond? How would I feel?” Posing those questions helps make the experience personal for me, which I feel helps me communicate to an audience. If I’m honest on stage, that will read, and people watching will be able to relate themselves and experience the emotions themselves. Katarina Galagaza, mezzo soprano (Sesto)

Giulio Cesare is a thrilling, juicy opera filled with some of Handel’s most exciting, challenging arias and characters. Most people may not be very familiar Handel beyond his great oratorio, “The Messiah”, however, the music of Giulio Cesare exemplifies the power and beauty of the baroque era and how UNboring the music is! Try falling asleep to Da Tempeste!! What I enjoy most about singing the role of Tolomeo, quite simply, is the music. The way that Handel shows Tolomeo’s sleazy, cold-hearted character is brilliant. Handel crafts such clear pictures of his characters through use of rhythm, phrasing and melodic line. It is a privilege to explore the psychology of this character through Handel’s brilliant music. I actually have performed the role of Tolomeo once before, in which the production was set in 1950’s Las Vegas! The traditional setting of the opera in Egyptian antiquity may seem a bit difficult to relate to as a singing-actor, however, when you get down to the root of the story, what people of that era have in common with you and me today is humanity. At the end of the day, the story of Giulio Cesare is about pursuing our destiny, and the power of love. These themes are ones we can all relate to today in our relationships, lives, and careers. Guillaume Poudrier, countertenor (Tolomeo)

I haven’t had a lot of experience singing the Baroque repertoire and this is expanding my knowledge and taste of music in general. I find that playing the Villain is very different and not as easy for me as playing a comic role. It has required an extra level of thinking for me since the nature of the role is not something that comes naturally in my personality. But it requires more of my humor and personal experience to bring to life than any other role I’ve done. I always get curious about what the daily lives of people during the times of Ancient Egypt looked like. This role helps me have something to build from and expand my imagination and knowledge about that. The construction of pitches and melodic lines in the music are so unpredictable and satisfying when they all come together. Langelihle Mngxati, bass-baritone (Achila)

And from Candace Evans, stage director:

As a director, I am often asked how to make an opera relevant; a question that perplexes me. If a piece of music, a painting, a book or play has existed in our world for hundreds of years, it’s because it still speaks to us. And if that’s the case, it’s always relevant. My job is to open up the story so that an audience can see the parallels with our modern world.

I would ask you to open the newspaper, tune into CNN or check out the Yahoo landing page. What do you see on a daily basis? Corrupt politics, power struggles, sexuality used to intrigue and family scandals. Exactly the stories told in this engaging opera, Giulio Cesare. In watching great art present the issues that we are challenged by today, we look into a window to see ourselves.

Of course Baroque music sounds different to our ears, with ornate arrangements of notes, repetitions of phrases and elaborate language. But consider the success of HAMILTON‘s rap, the insistence and speed of Gilbert and Sullivan or the constant refrains of country music. In all genres, there exists a borrowing from the past. As it has been said, “Nothing is created, it’s all reinvented.” And so the music of Handel comes forward to us, presenting stories and questions we are still grappling with today.

We couldn’t have said it better ourselves. Get your tickets today to see Giulio Cesare at the Oscar Seagle Memorial Theater from July 18-21 and come check this Baroque opera masterpiece out for yourself.