WELCOME TO OUR NEW SMC ARTISTS!

Happy March, everyone!! Spring is hopefully just around the corner, and spring means new beginnings. We have a lot of exciting news and things to look forward to! If you haven’t seen the shining new faces we are welcoming for 2017, you are seriously missing out. Check them out HERE. We couldn’t be more anxious for June to get here, and not just because we’re sick of snow! It’s going to be a wonderful season, and we’re thrilled to have all of our 2017 artists lighting up the hill. 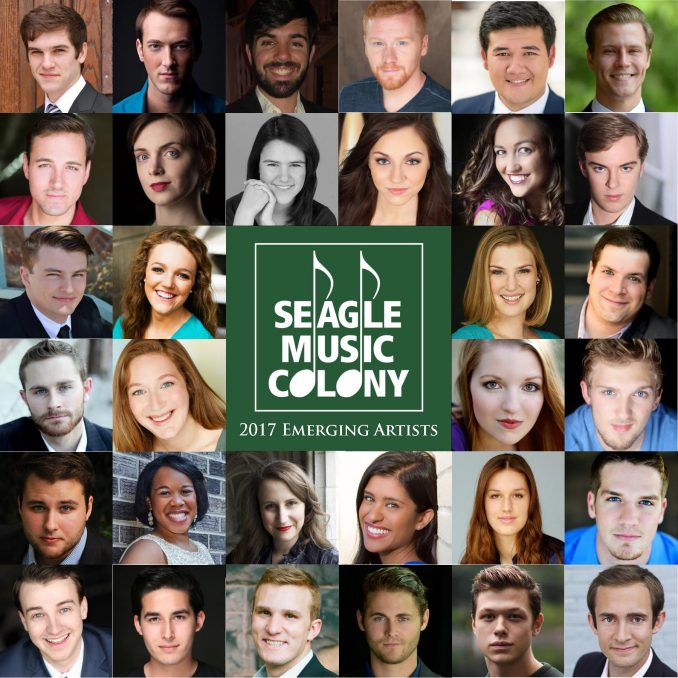 So, what comes first; choosing the artists, or choosing the season repertoire? It’s a bit of a puzzle to put together. Some of the things we consider when choosing the next season are:

So, to answer the above question — the repertoire is indeed chosen before we start recruiting singers.

Would that make the repertoire the chicken or the egg? Hmmmm. Well, we definitely don’t think any of our singers are chicken — they have so much courage!

That brings up another question: what do applying and auditioning singers have to go through before being chosen?  Auditioning for new companies is never easy. It’s very difficult to muster the strength to make yourself vulnerable in front of others, especially when it’s a position you want. So we always commend and truly appreciate every one of them for coming to sing for us, and even just for applying to us. It’s very competitive – we typically have 350-400 apply for the 32 spots each summer – and we know how difficult it can be to get out there and sing for companies!

We have many alumni that will be all over the world this summer, either in Young Artist programs or as lead artists. Here is a list of those that we know for certain. Please comment below if we missed you, so we can congratulate you! For those already listed, feel free to comment to say exactly what you will be singing, if you wish. We will continue to add to this list when we hear of things that haven’t been announced yet, for those that are interested!

LAST BUT NOT LEAST

As you may already know, we are very excited that our very own Darren K. Woods has transitioned to FULL TIME at Seagle Music Colony!! Read the announcement newsletter for complete details HERE.